People often ask me why some duct smoke detectors are more sensitive than others, and why they can’t adjust the sensitivity of a smoke detector themselves. As with many aspects of fire safety, there are simple answers and complicated answers to questions like these. In this article I’ve addressed four of the most common questions I’m asked about smoke detector sensitivity. 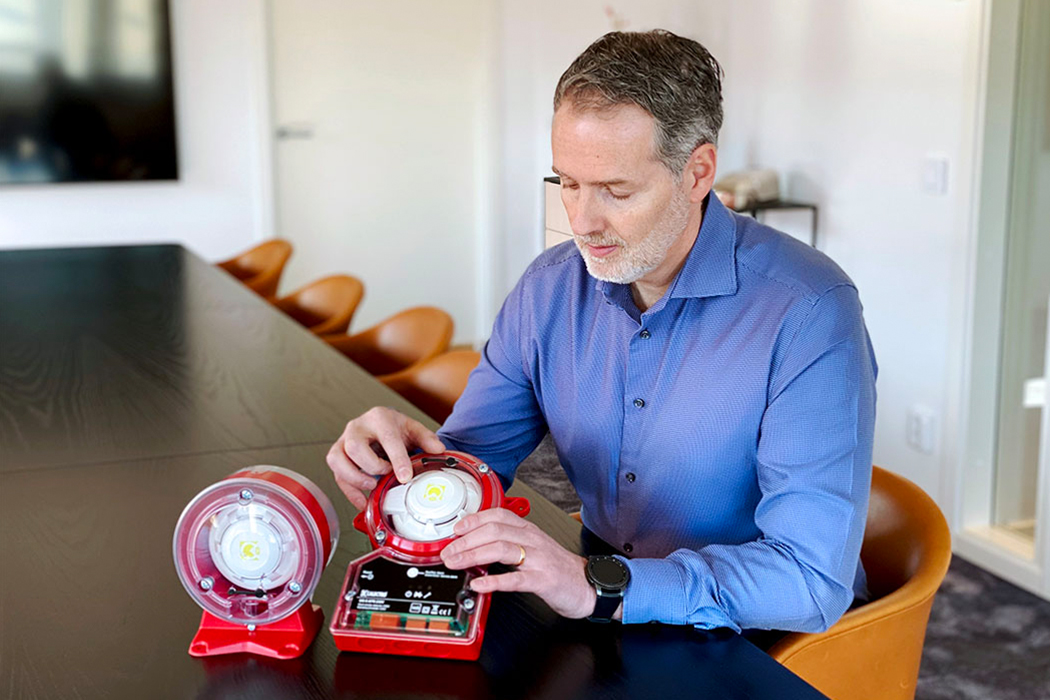 1 Why can’t I adjust the sensitivity of my smoke detector?

The simple answer here is that a smoke detector’s sensitivity is what saves peoples’ lives. If someone were to adjust that attribute, and get it even slightly wrong, the consequences could be catastrophic. Too sensitive and the alarm goes off all the time or, worse yet, not sensitive enough and your smoke detector is rendered useless.

Imagine you reduced the sensitivity of one of your ventilation duct smoke detectors the day before a gradually smoldering fire breaks out. By the time your detector manages to react, the entire building will already be filled with toxic fumes. Which brings us to the slightly more complicated questions.

2 What is the smoke detector’s sensitivity gap and how is it determined?

Smoke-free air has a measurement value of 0.0 dB/m. Some certification bodies (e.g. VdS) use an upper threshold value of 0.6 dB/m. The distance between these two values is commonly known as the sensitivity gap.

The upper threshold value that determines this gap is regulated and set by governing bodies, such as the European Committee for Standardization (CEN) in Europe or Underwriters Laboratories (UL) in the US. All smoke detector models must adhere to country or region-specific regulations, such as EN-54 in Europe or UL 268 in the US and will only receive certification after extensive testing.

3 How, and why, does a smoke detector become more sensitive?

Regardless of how clean it might seem, the air that we breathe often contains microscopic particles such as dust and dirt. These particles are carried along with the air that flows through ventilation ducts and can accumulate over time inside smoke detectors. Contaminants like this are usually light-reflecting particles which, when they accumulate inside a photoelectric duct smoke detector, tend to disrupt the highly sensitive light-scattering functionality inside the detector chamber.

If you have a detector that is slowing filling with light-reflecting particles, for example, it will take less actual smoke to trigger an alarm. The more contaminated the chamber becomes, the more sensitive it gets and the closer the detector will be to triggering an alarm. Something that’s worth remembering at this point is that not all contaminants are light reflecting. Although less common in commercial and residential buildings, smoke detectors can actually become contaminated with light-absorbing particles.

So how do we get around the problem? Is there such a thing as a reliable duct smoke detector that doesn’t have to be replaced every two weeks? Is there some kind of functionality that compensates for these deviations in sensitivity? Yes, and it’s called automatic sensitivity adjustment.

4 How does automatic sensitivity adjustment in duct smoke detectors work?

All Calectro duct smoke detectors have a built-in automatic sensitivity adjustment function. This is a feature that automatically compensates for any gradual contamination within the detector chamber, regardless of whether the buildup is light reflecting or light absorbing.

Technically speaking, a duct smoke detector can’t actually tell the difference between contaminants and smoke particles. But it does know the rate at which smoke particles from an actual fire would fill a detector chamber. And that is exactly how it knows the difference between a slowly smoldering fire and a gradual accumulation of contaminants such as dust.

In duct smoke detectors with an automatic sensitivity adjustment function, a reading is taken every 24 hours to establish the new baseline level. The detector then automatically adjusts the alarm level according to the amount of contamination that has accumulated within the detector chamber.

By compensating for such a common phenomenon as the accumulation of microscopic dust and dirt particles, automatic sensitivity adjustment significantly reduces the number of false alarms. Ultimately, this means longer-lasting installations, less maintenance, more financial and environmental savings and, at the end of the day, safer buildings and greater peace of mind for the property owners and occupants.

I hope this article answered your questions about automatic sensitivity adjustment. However, if you still have questions or would like to know more, please visit our website, give us a call or drop us an email. We look forward to hearing from you!