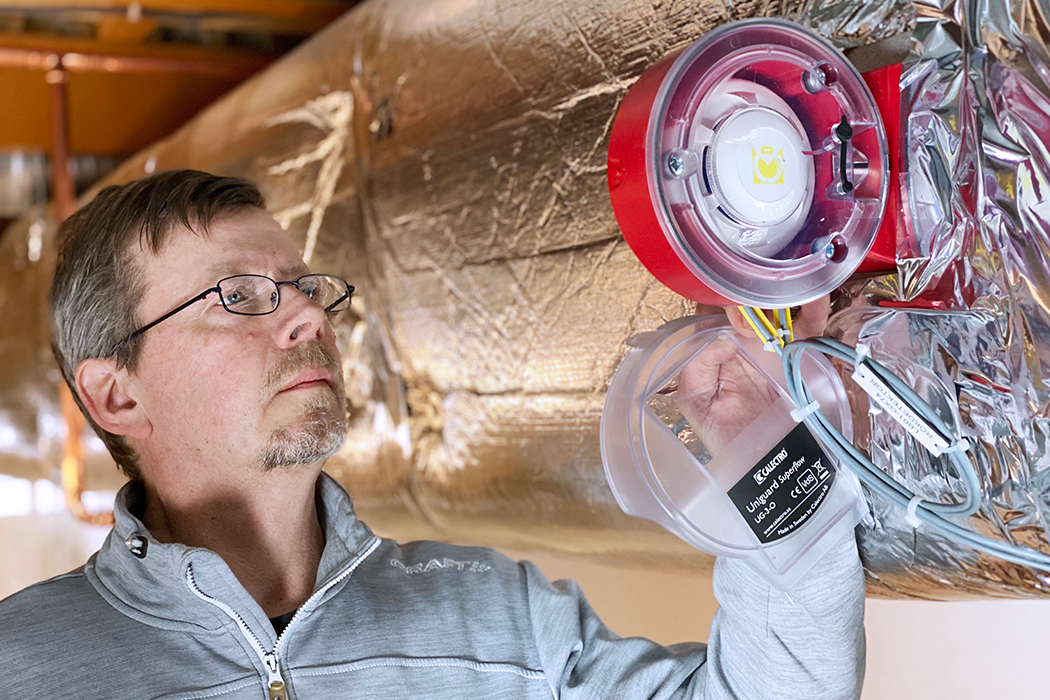 Save lives and property with duct smoke detection

A smoke detector is an invaluable tool to limit the spread of smoke in a facility. By detecting smoke at an early stage there is a bigger chance to conduct a fast and controlled evacuation of a facility and, in turn, save both lives and property.

A ventilation system is an exposed area as it more or less connects the ventilation of all rooms and fire cells in a facility. Large airflows continuously pass through a ventilation system, which means that smoke and hazardous particles can quickly spread from one room to the rest of the facility by passing through the ventilation channels. To avoid this, smoke detectors in ventilation ducts are key. When smoke is detected, the smoke detection system sends an alarm to the control unit and DDC (Direct Digital Controller). These can then quickly implement countermeasures such as closing dampers and initiating forced ventilation in order to limit the spread of smoke.

A venturi tube, a smoke detector housing, and a control unit

Optical smoke detectors use photosensors to analyze the air

Calectro has many years’ experience working with duct smoke detection. Our smoke detection systems, called Uniguard, are adapted to most countries’ specific rules. One of our most popular smoke detectors for ventilation ducts is our UG-3-O, which has an intelligent monitoring circuit that continuously checks and adjusts the sensitivity for optimum functionality during the entire life span of the detector. The system fulfills all the requirements for excellent smoke detection with airflow speeds from 0.2 m/s to 20 m/s. Calectro’s UG-3-O is an excellent example of a product that helps you detect smoke in your ventilation ducts quickly, allowing you to implement countermeasures such as closing dampers in order to limit the spread of smoke.

I hope you enjoyed reading my article about smoke detectors in ventilation ducts. Feel free to visit our website for more information and to learn more about Calectro’s products. Also, we would love for you to say hi on our social media, Linkedin, Facebook, Instagram and YouTube!