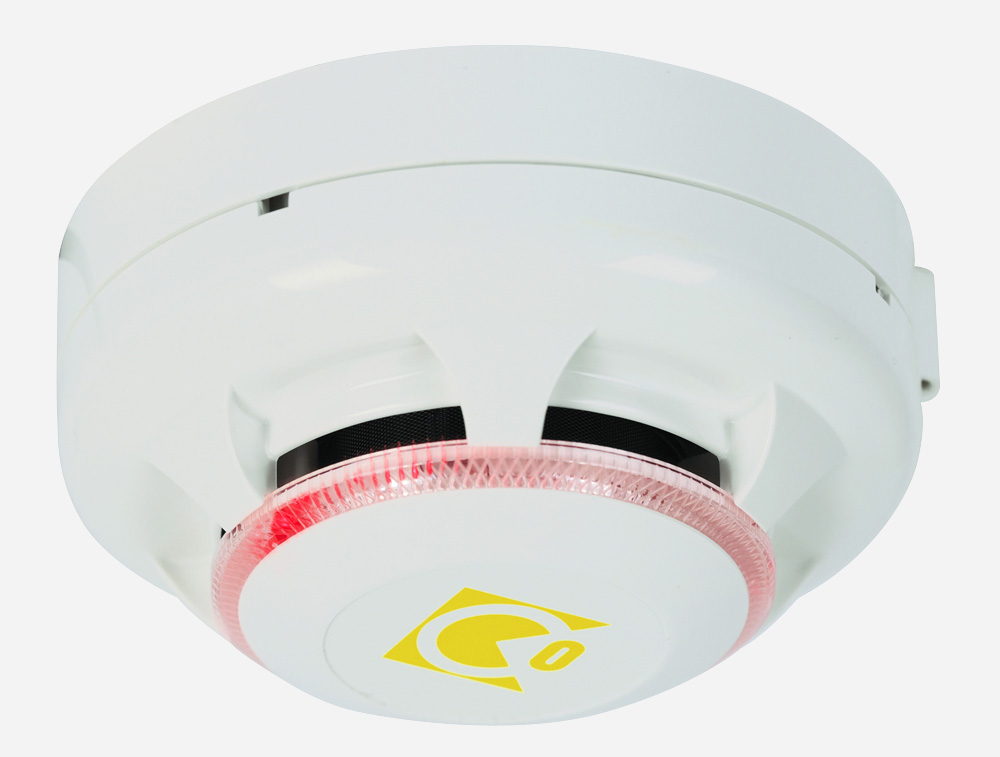 Optical smoke detector with automatic sensitivity adjustment and service alarm. For connection to a control unit. This detector is our primary recommendation!

The detection chamber contains a LED and a photodiode. Normally, the light from the LED does not strike the photodiode, but when smoke enters the chamber it reflects the LED beam so that it strikes the photodiode. The current through the photodiode changes and an alarm is triggered.

The design of the detector makes it almost completely immune to high air speeds, dirt and radio frequency interference.

The detector is equipped with a bayonet mount, which makes it easy to fit and remove.

EVC-PY-DA has an intelligent monitoring circuit that continuously checks and adjusts the sensitivity for optimum functionality during the entire life of the detector. When the detector can no longer compensate for environmental influences a service alarm is generated, which indicates that the detector needs replacement or cleaning.

View all our products 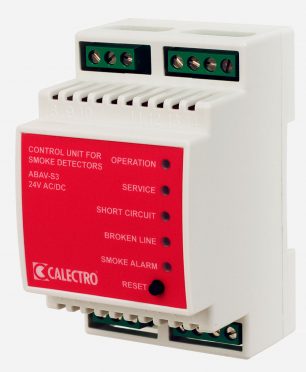 For smoke detectors with or without service alarm...

Base for smoke detectors. 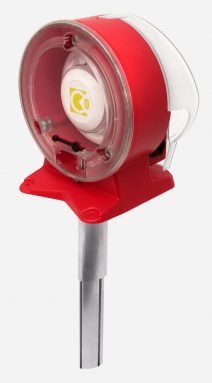 View all our products

We are a customer-facing company with many opportunities through a wide range of products, combined with a long experience of specially designing products based on the customer's specific wishes. Contact us if you want to know more.
Ream more
I agree to the privacy policy
Calectro uses cookies. By continuing you accept the use of cookies. For more information